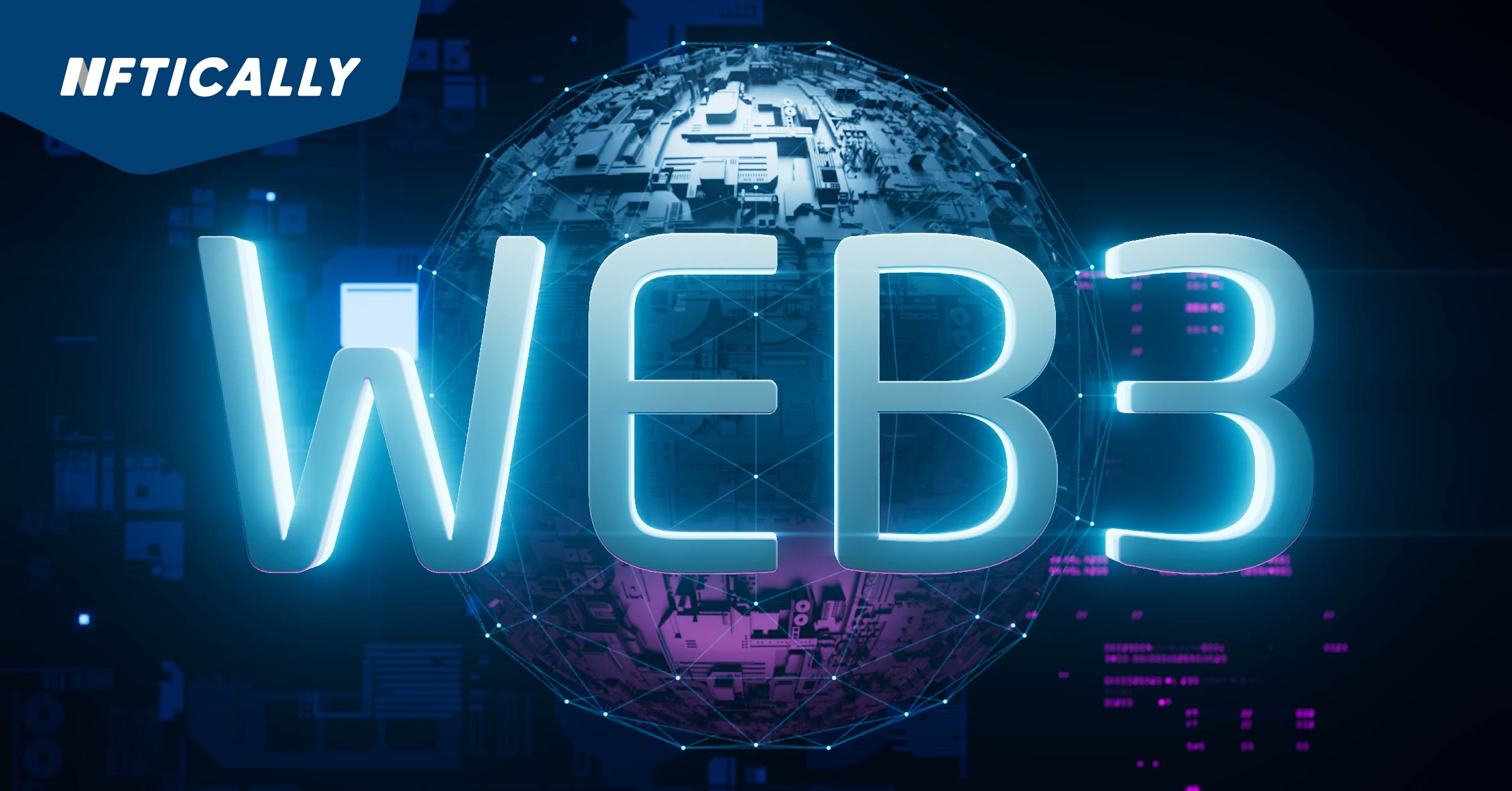 Web3 is the third ‘iteration’ of the Internet. Therefore, you can think of the Internet as a spectrum of evolution. Change is the only constant. Therefore, the Internet is always changing. We started with static web pages in the 1990s. Today we can do many things, such as shop, communicate, collaborate, play games and win. To throw some context on how we got here, it’s best if we start a history lesson. This history lesson is divided into Web1, Web2, and Web3. Once this is done, we can understand how Web3 is a new way to engage your audience and gain a competitive advantage.

We start with the invention of the transistor and the microprocessor. Therefore, these silicon-based electronic elements help to obtain information in the smallest possible space. You must be familiar with Moore’s Law. He says that every 18 months or so, our ability to pack information into less space has doubled. This means we do more with our information in less space. As we gained the ability to store massive amounts of data, we streamed it all. Large projects laid fiber optic cables that connected every home with a broadband connection. This is the pinnacle of the Web1 era. In the 1980s and 1990s, we saw the formation of the giant corporations that we are familiar with today. They include Apple, Amazon, Google and Microsoft.
The Web1 era is best characterized by free-to-use, decentralized protocols such as HTTP, SMTP, and TCP/IP. HTTP allowed developers to create websites. SMTP started the era of email. TCP/IP started the Internet. It is the protocol that regulates the transfer of data from one computer network to another.

After the 2000s, attention turned to how we could use free protocols to create value. Therefore, people begin to question the usability of the Internet in our daily lives. Aside from sharing information through free-to-use websites, the focus has changed. The era of digital advertising had begun. We looked at e-commerce, social networks, payment processors, and other services. The digital economy started in the 2000s. As we got through the great financial crisis of 2008, everything was on the way to becoming digital.

The best example of web2 is the appearance of the iPhone and the mobile Internet. As costs began to fall around the world, people began to access the Internet. People began to connect for long periods of time. This meant that attention had shifted online. It was now on its way to monetizing itself through advertising, commerce, and entertainment.

The appearance of the Bitcoin whitepaper in 2009 is the starting point for Web3. For example, the term Web3 is used before, in different contexts. The idea of ​​a user-owned Internet is not new. Since the 1990s, researchers and academics have sought to build a peer-to-peer network. This would not necessitate the need for platform-based businesses. Satoshi Nakomato, with Bitcoin, had proven for the first time that it was possible in practice.

In Web3, tokens represent the atomic units of a new Internet. So what websites were to Web2, tokens are to Web3. Tokens allow us to bake payments into the core of the Internet. The financial system has always existed separately from the Internet. With blockchain technology, the exchange and coordination of human value can scale across the globe. Creators will thrive in this new economy. Users do not need to worry about advertisers wherever they go. Additionally, it is important to note that Web3 will end the practice of data monopolies. Instead, make companies focus on creating great products and services.

Web3: A new way to engage your audience and gain a competitive advantage

So why is Web3 a game changer for businesses and enterprises? We are going to explore. For example, we rank points based on the audience’s point of view criteria. In addition, we take into account that companies want to gain a competitive advantage by using Web3 technologies.

Give users the control they seek

Data privacy is an issue that engages minds. Therefore, it is not taken seriously because the solutions are cumbersome for users. For example, as an Internet user, you have to take many steps to ensure that you own your data. Likewise, in Web3, the blockchain makes this problem redundant. Therefore, every interaction we make on a blockchain-enabled website uses smart contracts. Users now hold this data in their wallets.

The NFT market is not new. In a sense, popular games used digital items and skins to engage users, but they did so in their own walled gardens. Likewise, Web3 and NFT allow companies to create interoperable digital assets. Any company with an online presence can engage its users with digital assets. Programmable digital assets allow users to gain access to specific experiences.

Web3 reinvents the data structures of the Internet. Therefore, it changes the dynamics between users and companies. Blockchain technology makes customers the owners of the companies that use tokens. This subtle change has huge repercussions for every company on the planet. Tokens turn users into sellers.

Token holders love to discuss companies with others and in the process help companies grow. This was something never possible in the history of the world. For example, for a long time, companies treated customers as something to chase. Web3 reinvents this old paradigm in a new form of economic value.

Web3 reinvents the Internet. For example, the world of Web2 is still adapting to it. However, not for long. Likewise, the world’s largest companies and institutions have already announced plans for digital assets. We are entering a decentralized Internet and it may be faster than the translation from Web1 to Web2. Businesses of all sizes must embrace this change and look to play in accordance with their current business models. For example, if your business model is Internet native, then you have no choice but to adapt to Web3.

NFTICALLY is a company that helps brands, companies, and businesses create and launch their own NFT marketplaces.

Chris: Hi! Please introduce yourself. Adrian: My name is Adrian and I am the founder and CEO of Nclip collectibles. I have been interested in NFTs and their development for a long time. As NFTs grew larger and larger, I was wondering why the big content creators don’t offer their own collections of NFTs for…
In a ploy to avoid losing money on last-minute cancellations, hotels plan to turn canceled reservations into NFTs. Dubbed ‘RNT’ (room night tokens), the new concept will mean those who cancel reservations will have to sell their RNT on a marketplace dedicated to selling unused rooms (like StubHub for concert and sporting event tickets), instead…
Last week, the NFT Plazas team arrived at Genesis, the first gamified crypto event to be held in the Web3-rich city of London. Organized by nickel factorya unique startup with a mission to bring decentralized communities closer together through immersive and interactive IRL events, the night was packed with amazing talks, a gamified prize hunt,…
There has been a lot of discussion in the P2E community about bringing traditional “Web2” players into the blockchain gaming space. These players are almost a bit like the “holy grail” of the P2E gaming space: the enviable prize that will ultimately lead to mass adoption. Much like how non-cryptocurrency holders (the so-called “normals”) were…
Lovers of fine footwear have reason to celebrate, RTFKT Y loopifySpace Drip’s Space Drip project will soon bear fruit, allowing holders of coveted NFTs to claim an exclusive pair of digital and physical ones. Nike-brand sneakers. Space Drip is billed as an epic collaboration between Nike-owned RTFKT and NFT mover and shaker Loopify, taking the…
pop icon Mariah Carey is entering Web3 through the launch of a 1/1 boarding pass NFT. The exclusive asset will be distributed to one lucky auction winner, who will receive a once-in-a-lifetime opportunity to witness Carey’s induction into the Songwriters Hall of Fame in real life. The NFT will give the owner the opportunity to…